skip to main | skip to sidebar

I’d been wanting to try “WWOOFing” – volunteering on an organic farm in exchange for room and board, through the organization Willing Workers on Organic Farms – basically since I’d first heard about it.  Luckily for me, Ryan was game to try it out during our trip.  After looking at farms all over Thailand and Malaysia, we settled on Daruma Eco-Farm, outside a small town called Bang Phra, in Thailand’s Chonburi province.  The farm was our last stop on our trip before returning to Bangkok to fly back home, and we worked there for a week.

WWOOFing appealed to me for a lot of reasons.  Of course the fact that it’s (mostly) limited to small, often family-run, farms that are all organic was a big reason – I’m sure working on a standard American farm would have been a very different experience.  Since I really like the idea (if not always the price…) of eating organically-grown food, I was eager to learn more about the principles and practices behind it.  Plus, WWOOFing is a really great way to get far off the beaten path, probably in any country, and get more immersed in the local culture.  On top of that, since the farm typically covers its volunteers’ room and board, it’s basically a free week of travel!

To get to the farm – after a ferry from Koh Tao to the mainland and an overnight train ride back to Bangkok – we took the third-class train from Bangkok to Bang Phra, a distance of about 75 miles.  The third-class train, though, doesn’t ever go very fast, and it stops a lot, so I think the trip took around three hours.  We’d kind of been dreading taking the third-class train, having heard tons of horror stories from other travelers and even Thais, about how miserable, uncomfortable, and overcrowded they are.  Our train, though, wasn’t even full, and it was relatively comfortable with the windows rolled down.  Other than the fact that the seats were just wooden planks, it really wasn’t any more uncomfortable than the buses in Rwanda.  And our tickets cost less than $1 each!

Before arriving at the farm, I was really curious about what the other volunteers would be like, or if there’d even be any others.  When we got there, the farm had four other volunteers – a British guy who’d spent several months volunteering on farms all over Southeast Asia, an Indian guy who was hoping to start his own organic farm, and a Brazilian couple who’d been travel full-time for about two years – as well as an American research assistant who’d been there for six months.  As you can imagine, they all had lots of really interesting stories.  The farm’s owners, an American man, Neal, and a Thai woman, were also really interesting.  Neal has been living in Thailand for years, but just started the farm a few years ago, and they’re still working on really getting it going.  They’re hoping to eventually create a full-fledged eco-village, which would ideally be totally sustainable and self-sufficient.

The farm itself wasn’t huge, but it had a lot going on – tons of different crops, chickens, pigs, composting – and there was always work to be done.  Ryan and I worked on a lot of different things, some of which were pretty physically demanding, which may not have been nearly so difficult, except that it was really hot and really humid.  Lemongrass, which is commonly used to make tea and to flavor a huge variety of dishes all over Southeast Asia, pretty much grows like a weed on farms.  So we spent a lot of time clearing lemongrass, as well as debris, from the fields and from the structures designated for certain crops.  We also laid mulch around the trees, which is supposed to enrich the soil and prevent erosion.  On the day they were laying a new pathway on the farm, we carried loads and loads of bricks.  We also moved a lot of dirt around – shoveling and carrying dirt was one of our main activities, and it was pretty tiring.  One of the most interesting things Ryan and I worked on there was building a Hugelkultur (literally “mound culture”) bed, basically just a raised garden bed with wood on the bottom, which is supposed to more or less compost naturally and eventually become a garden bed that doesn’t need irrigation (at least from the explanation we got).  So, to create our Hugelkultur bed, we first reinforced an existing bamboo frame using metal sheets and logs, and then cleaned up a bunch of old wood, and demolished a few small wooden platforms and benches, to put in the bottom of it.  I have no idea if the process will go as smoothly as described – it seemed a little too good to be true – but Hugelkultur is apparently extremely popular among organic farmers and permaculture enthusiasts, so there must be something to it

A special treat of our WWOOFing experience was our day off from farm work, which allowed us to explore some more.  Since the farm was a bit isolated from the actual town, we were excited to “go to town.”  We left the farm early, and, as we were walking along the empty road leading from the farm to town, a Thai guy stopped his car and offered us a ride.  We had no idea where we wanted to go, or where he was going, but we hopped in.  We just kind of looked out the windows as we rode along, waiting for something that looked like a good place to stop.  Once we got to a bigger road, which turned out to be the main road from Bangkok that passes straight through Bang Phra and continues to eastern Thailand, we thanked this kind stranger and got out.

As we walked along, the first place of interest we came to was a very cute and eclectic coffee shop/toy store.  Walking down the main road, and even down some quieter side streets, we passed numerous 7-11s (remember, Thailand has 6,000 7-11s) and 108 Shops, 7-11’s local competitor.  We eventually came to a really nice park, right on the water, complete with a short walking path, a few gazebos, and several food stands.  We’d been walking for hours by that point, and it was – of course – very hot, so the chance to sit down and rest under a gazebo for a while was much appreciated.  It was also a great people-watching opportunity, as the food stands were full of Thai people out for lunch in the park.

We eventually headed back to the main road, and, up until that point, things had been pretty much as I’d expected in this small town – not much obvious Western influence, nothing in English (outside the 7-11s, of course), no identifiable street food.  But then we found a coffee shop that could probably rival Starbucks, a really nice bakery, and a Vietnamese restaurant with an English menu.  In the interest of knowing what we were eating, we had lunch there, and it was tasty.  Despite being likely the fanciest restaurant in town, we still ate for about $5.  On our way back to the farm came the real surprise – a Tesco Lotus.  While it wasn’t much compared to some of the supermarkets in Bangkok, it was much, much more than I’d have expected in Bang Phra.  There were selections of fresh bread, cheese, yogurt, wine, produce, and more.  Still, though, it seemed there were no other foreigners in town.

Another neat experience we had while at the farm was visiting the night market for dinner with Neal and his wife.  The market was comprised of a couple dozen small open-air food stalls serving various types of seafood.  Since it was raining, we headed for the one tented stall, and sat on the ground around a low table.  The market was absolutely packed with people having dinner, but we volunteers were the only foreigners there.  While I wasn’t a huge fan of all the seafood, of course, it was a really cool experience, and one that we probably wouldn’t have had in a more touristy area.

Some of the work at the farm was hard, but I thought WWOOFing was a great experience overall, and I’d love to do it again somewhere else.  On more than one occasion, though, I did have to question if we with such limited knowledge, were actually contributing anything to the farm, or if a real farm worker would have to later fix or re-do a lot of what we had done.  That’s a huge problem in many types of volunteer organizations – short-term volunteers who don’t have the necessary skills or cultural understanding come for a week or month or three, do some things they feel good about, and then someone else eventually has to come and re-do the work.  Then there’s also the issue that volunteers are taking a job that a Thai person could do – instead of providing room and board for volunteers in exchange for work, farm owners could pay a salary to a Thai person to do the same farm work.  I think in the case of Daruma Eco-Farm, though, it was at least as much about spreading the ideas and principles of eco-farming, and offering experience for people looking to start their own farm, as it was about the free labor.  But, it’s still a dilemma I haven’t really reconciled.

From just a traveler’s perspective, though, WWOOFing was a wonderful way to get off the beaten path, cut costs, learn about sustainability, and have some really unique experiences.
Posted by Jennifer E. Ambrose at 12:51 PM 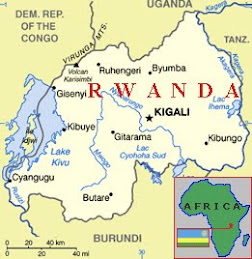 All of the views and opinions expressed on this blog are mine and do not reflect those of the the Rotary Foundation, the Peace Corps, or the U.S. government.